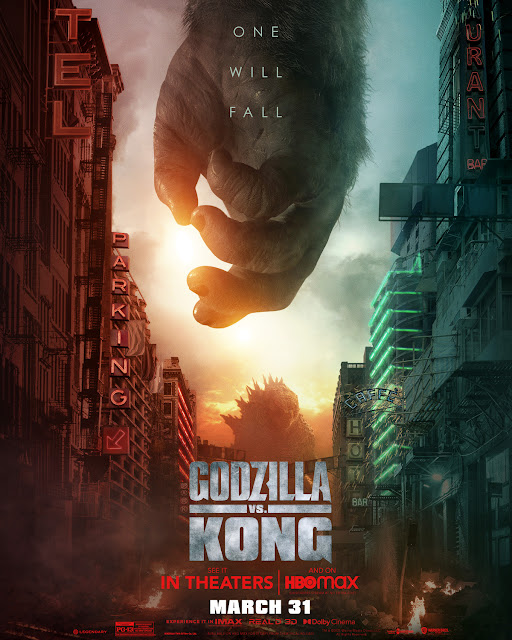 My dear reader(s), the week just passed brought us Godzilla vs. Kong, a film that — by its very name — made a return to the big screens of the cinema seem imperative.

Spoiler level here will be mild, nothing you wouldn't know from the trailers or if you've ever watched a monster movie before.

As the title indicates, Godzilla vs. Kong pits one giant creature against another, with puny humans serving as catalysts and comic relief.

For a movie like this to meet my needs, all it really has to do is have huge creatures, solid effects, and well choreographed battles. Plot doesn't mean much, and people are merely a distraction. Godzilla vs. Kong executes its mission to a "T." Both titular titans look very big and very, very good in this film. Showdowns between the two are magnificent. There are a fair number of consequential humans ("consequential," for my purposes, meaning named characters with at least a little dialogue), but the people are mostly unobtrusive, despite being portrayed by such notable names as Rebecca Hall, Brian Tyree Henry, Demian Bichir, Lance Reddick, Kyle Chandler, Millie Bobby Brown, and Alexander Skarsgard. Sound effects are nearly as impressive as visuals; however, in order to get the dialogue even barely audible, I had my volume so high that action sequences and music rattled the walls. I find that's the norm these days, both with movies and with television, and I have to think it can't be so hard to do better. Godzilla vs. Kong is fun and well paced, a series of epic action jewels strung together with thin human string. Oh, and the *real* titan here is Elvis Presley, whose "Loving Arms" makes a...peculiar...appearance.

Godzilla vs. Kong clocks in at 113 minutes and is rated PG13 for "intense sequences of creature violence/destruction and brief language."

Godzilla vs. Kong is now playing in cinemas and streaming on HBO Max.

This review is dedicated to my wonderful friend David, a Godzilla scholar who has probably forgotten more about this character than I could ever know, and to my dad, who would have loved this movie more than anything. 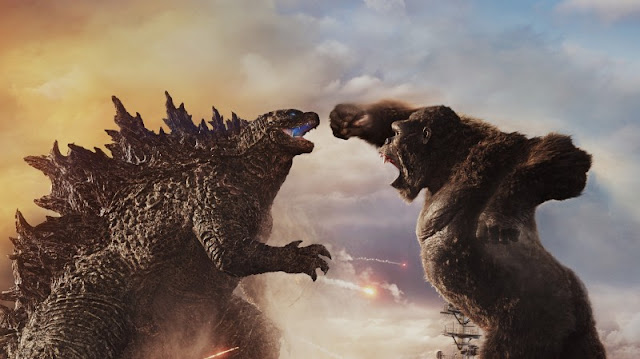