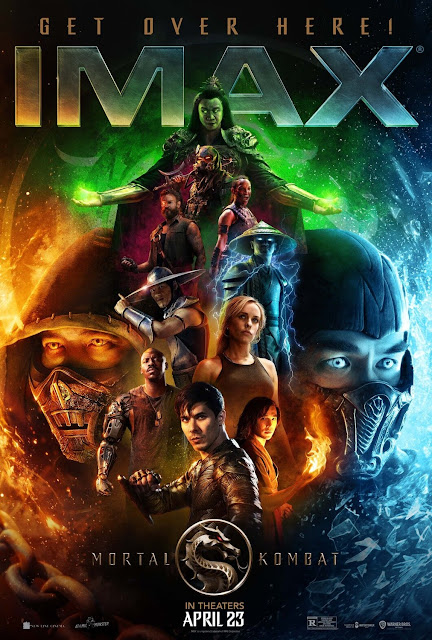 Hunted by the fearsome warrior Sub-Zero, MMA fighter Cole Young finds sanctuary at the . Training with experienced fighters Liu Kang, Kung Lao and the rogue mercenary , Cole prepares to stand with Earth's greatest champions to take on the enemies from Outworld in a high-stakes battle for the universe.

Rated R for strong bloody violence and language throughout, and some crude references

Mortal Kombat is a ridiculous movie on multiple levels which somehow works as goofy mindless entertainment.  The film’s opening sequence feels like a bit of misdirection as it plays like a straight laced old school samurai film.  It’s a slick, impressive opening however once Simon McQuoid’s film starts in earnest it pivots heavily into absurdism.  The plot is razor thin with just a string of a idea holding the whole thing together.  None of it makes much sense and neither the director or cast seem to care so there’s a bevy of things that happen simply because they have to.  Once it embraces it overall goofiness, the movie starts delivering over the top action filled with the kind of gory bloodshed fans have come to expect from the video game franchise.  The cast is made with fresh faces and some more established character actors who slumming it for a paycheck.  Everybody makes it out mostly unscathed with Josh Lawson’s being the real standout and ultimately the most memorable character in the whole thing.  While this Mortal Kombat doesn’t have the endearing campiness of the 1995, the new entry could use some Christopher Lambert, it’s still fun video adaptation that doesn’t try to be anything it’s not.