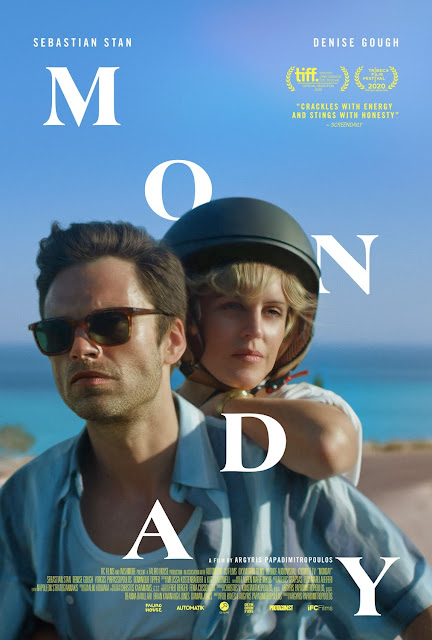 My dear reader(s): The weekend just passed brought me what inevitably turns out to be my favorite mistake: a new Sebastian Stan movie.

Spoiler level here will be mild, nothing you wouldn't know or guess from the trailer.

Following a drunken hookup, a pair of American expats tries to fashion a life together in Greece.

If you've come to my reviews over the last, say, 12-18 months, you could be forgiven for wondering why I bother with movies at all, when I don't seem to like any of them. I can assure you that, in the past, I've been almost too easy to please (cinematically speaking), but the limited releases of the past year, coupled with my decreasing tolerance for wasting my time, has turned my reviews a bit...cranky. I'll apologize in advance for where I have to call out Monday as the combination of vanity project and porno that I expected. It gets some things right, too.

Monday's problems start with the fact that its leads have zero chemistry. We're meant to believe their passion is the catalyst for some life-altering choices, and it it's essentially a flatline. If you struggle to tolerate chaotic people (as I do), you'll never get behind these two as a couple, either. The movie tries so hard to make them sympathetic, but I not-so-secretly felt they'd be better off if they gave up and tried pairing off with actual functioning adults. (Echoing a complaint I also had about Stan's 2019 movie Endings, Beginnings.) Watching them try to fashion a real relationship from a hot one-night-stand is exhausting and never very moving or entertaining. Monday held my full attention for exactly 16 minutes before I started playing with my phone (I clocked it), but there are some positives. First, both leads turn in brave, solid performances. The movie pushes Denise Gogh and Sebastian Stan to the very limits of what I imagine would be anyone's comfort zone, sharing intimate scenes, heated battles, and a penchant for public nudity. Some of the scenery is lovely,  both stunning Greek locations and a frequently-unclothed Sebastian Stan. The movie takes a sadly predictable path, but arrives at (without spoiling specifics) a destination I would not have expected. I'm willing to give it some points for surprising me; I wouldn't have thought it was capable of that.

Monday clocks in at 116 minutes and is rated R for "sexual content, nudity/graphic nudity, drug use, and pervasive language." (Nudity is mentioned twice in the content warnings. They mean it. It's ALL out there, so if you're twitchy about that, maybe take a pass on this one.)

Monday continues Sebastian Stan's unfortunate track record of wasting his exceptional talent on unexceptional projects, but almost redeems itself by turning from the beaten path late in the game. Of a possible nine Weasleys, Monday gets four. 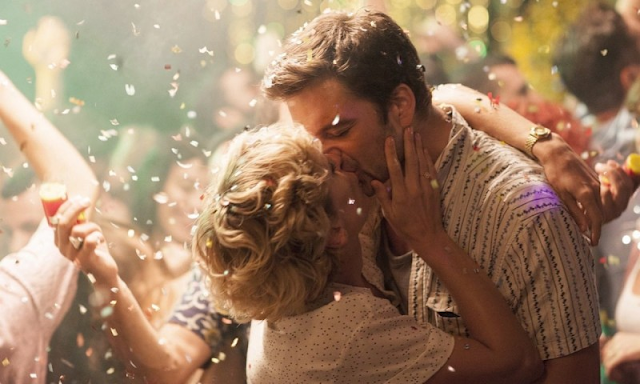