Cindy Prascik's Review of In the Heights 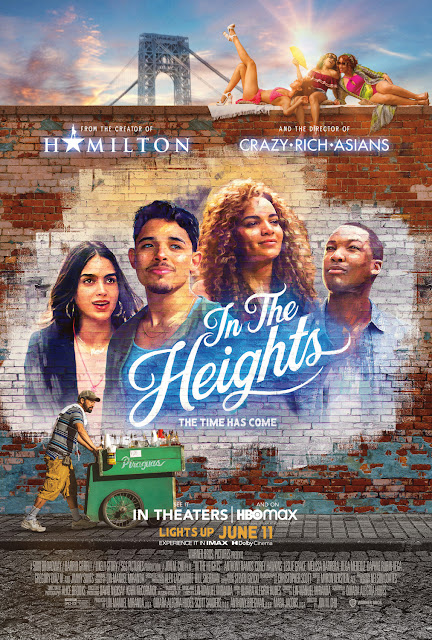 My dear reader(s)…if I have any left after my persistent absences: This past weekend I took the opportunity to check out the big-screen adaptation of Lin Manuel Miranda’s In the Heights.

Some ordinary - and not-so-ordinary - days in the lives of the residents of Washington Heights.

Spoiler level here will be mild, nothing you wouldn’t know from the trailers.

For three days I’ve struggled to write something about In the Heights. It’s an upbeat show that is never weighed down by its more somber moments. In its costumes and choreography is a genuine feel for the community it honors. In its humor is the resilience of people accustomed to smiling in the face of life's challenges. In Anthony Ramos and Gregory Diaz, IV, it has revealed a couple potential superstars. In its tunes are the seeds of what would later become the once-in-a-generation show Hamilton. For all these reasons, it is a movie worth seeing, but…I didn’t love it. I wanted to love it. It feels almost mean not to have loved it. But I didn’t love it. I don’t think the show translated all that well from stage to screen. Some content hasn’t aged well, and not in the kitschy 80s way of Cats (the show, NOT the movie) but in a way that just makes it feel…off…in 2021. Where it attempts to connect to current events (the deportation of DREAMers), it feels contrived. Some of the casting misfires badly. (Has Jimmy Smits ever been this bad before?) There were too many exteriors that looked like low-budget green screen. Perhaps I'm being too hard on it. Perhaps I just miss Broadway too much to accept it on a screen anymore.  Perhaps I should have gotten out to see it in a cinema instead of settling for HBO Max on the biggest TV in my orbit. Perhaps all of the above kept me from getting lost in this movie as I needed to get lost in this movie, but...I didn't love it.

In the Heights clocks in at 143 minutes, and is rated PG13 for “some language and suggestive references.”

In the Heights is a positive, uplifting production. Given what the world has suffered in recent months, that should be enough, but somehow it isn’t. Of a possible nine Weasleys, In the Heights gets six and a half.

In the Heights is now playing in cinemas, and streaming on HBO Max.

Fangirl Points: Stephanie Beatriz! Patrick Page! (And, yes, Jimmy Smits, even though I thought he was terrible in this!) 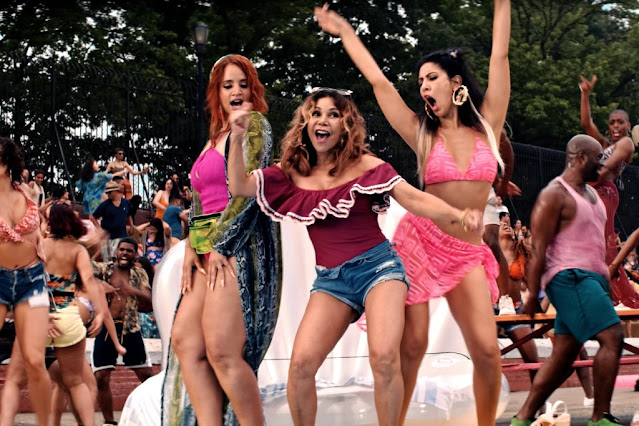