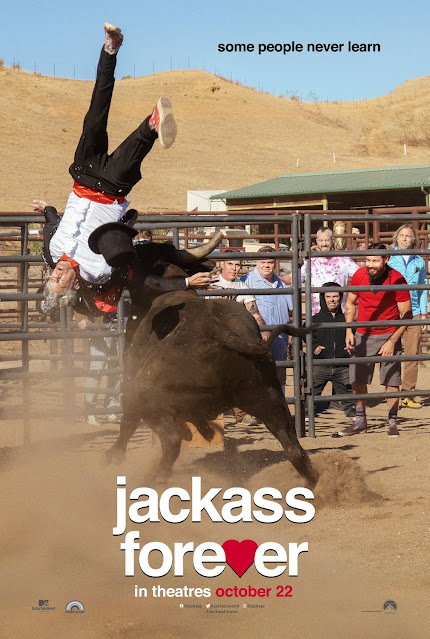 Celebrate the joy of a perfectly executed shot to the groin as Johnny Knoxville, Steve-O and the rest of the gang return for another round of hilarious, wildly absurd and often dangerous displays of stunts and comedy.

If you buy a ticket to a Jackass movie you should have a good idea about what you are walking into.  Jackass Forever comes ten years after the last installment and the cast members all look older even though they attack all their stunts with adolescent zeal that's insane and impressive.  The stunts are well timed with very few of them overstaying their welcome.  If you enjoy this series you'll find plenty to like here with some sequences leaving a gut busting impression.  There is nary a semblance of plot or cohesive narrative which plays in perfectly with it's low fi origins.  If there is a minor drawback it's that the stronger and funnier skits come earlier in the film top loading the laughs.  It's not a huge issue since the film moves a brisk pace with little to no lags in the hijinks.