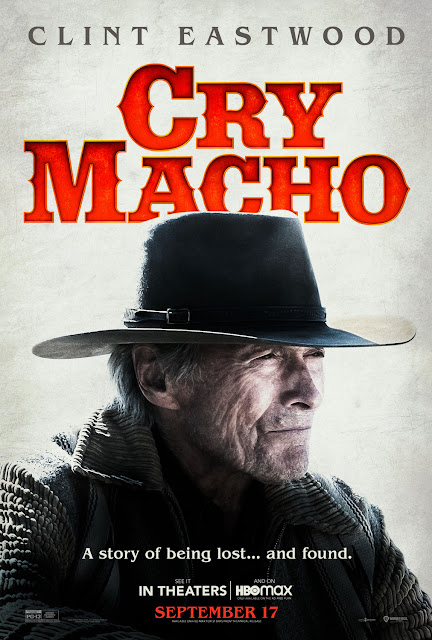 A onetime rodeo star and washed-up horse breeder, in 1978, takes a job from an ex-boss to bring the man's young son home and away from his alcoholic mum. Crossing rural on their back way to , the unlikely pair faces an unexpectedly challenging journey, during which the world-weary horseman may find his own sense of redemption through teaching the boy what it means to be a good man.

Clint Eastwood’s latest film plays like a swan song of his cinematic persona.  Its ready made to be a moving meditation on his iconic western character in a neo western send off.  Eastwood has shown an impressive ability to deconstruct the western drama and delve deeper into the tough guy psyche.  Unfortunately, Cry Macho is a shockingly inert piece of a filmmaking from an acclaimed director and actor.  Eastwood’s film moves at a molasses pace with very little actually happening in terms of action or character development.  The film clocks in at an hour and forty four minutes but it feels much longer than that due to its inability to connect you to these characters.  The main issue is that newcomer Eduardo Minett just isn’t a capable actor at this time. He’s the lynch pin of the entire film and serves as the primary motivating force for the entire story.  He and Eastwood share little to no on screen chemistry which hampers the film as their interactions are far more painful than touching.  Eastwood himself is surprisingly ineffective as a performer in this piece leaving a massive emotional disconnect for the entire film.  It’s a shame that Cry Macho failed on its main emotional story thread because the story is so simplistic that it can’t prop up the uninspired performances.