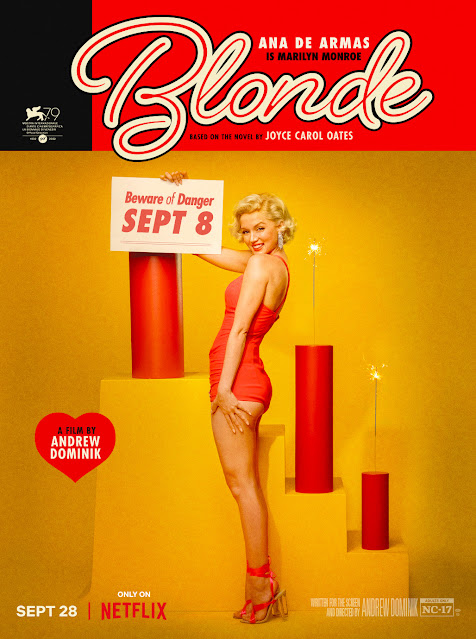 A look at the rise to fame and the epic demise of actress Marilyn Monroe, one of the biggest stars in the world.

Marilyn Monroe is one of those cultural icons whose story has been told ad nauseam by this point.  Tackling this subject matter requires that a director makes the well worn material feel fresh and interesting.  Andrew Dominik's film Blonde does this by delivering a glossy, visually impressive horror show that feels more like Passion of the Christ than Baz Luhrmann's Elvis.  Dominick's film relishes in delivering scene after scene of pain and torture to it's central subject.  There's nary a sequence that doesn't involve some sort of degradation, trauma or abuse piled on.  Its a disquieting and unsettling exploration of the starlets life which leaves the character with very little agency or depth outside of her PSTD as she's beat around like a platinum pinball.  Ana de Armas, for her part, is fully committed to the role and delivers an impressive performance even with the razor thin characterization she's given.  Armas captures the breathy woman child persona with relative ease even though her Cuban accent does manage to  peak thru a handful of times.  The script gives her painfully few moments for Armas to delve deeper into the character's inner turmoil much less any semblance of happiness.  The character is written and played as a gorgeous punching bag beaten to a bloody pulp on multiple levels by the time the film ends.  Blonde isn't the biopic for fans of the iconic actress, instead it's more like an arthouse horror show.