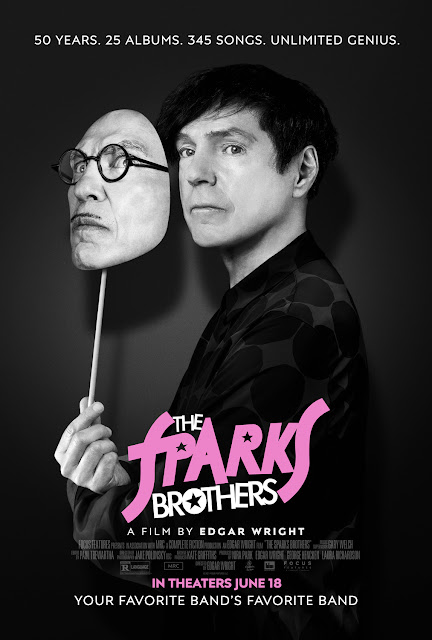 My dear reader(s) — assuming I have any left, given my lengthy absences — among the pandemic's ripple effects not noted by the CDC, a big one for me has been my "conscious uncoupling" from the cinema. Even in rare cases where a new release interests me, it doesn't interest me enough to get out and see it on the big screen. The few recent movies that might have gotten me out to the cinema haven't played on any big screens locally; thus, I come to my (so far) most anticipated release of 2021, Edgar Wright's The Sparks Brothers, via Amazon Prime.

I'm not sure you can actually spoil a documentary, but if you're concerned, best watch before reading.

Edgar Wright has become my favorite director, largely due to his uncanny feel for music. Nobody can put the right song in the right place in the right movie like Edgar Wright. When I heard he was doing a straight-up music documentary, my tiny heart soared. I am pleased to report The Sparks Brothers does not disappoint.

Wright mixes live and video footage of Sparks with terrific new interviews and clever animated sequences. In addition to "the Sparks Brothers" (Ron and Russell Mael), band members past and present and artists/fans across media and genres weigh in with anecdotes and opinions. There's a dry — but never cynical — sense of humor about the whole that is both expected and surprising for a band that is simultaneously hugely influential and a great mystery. It speaks volumes that former band members seem to carry no hard feelings (regardless of the circumstances of their dismissal) and that the Maels are not bitter about the many times their strange art has been less appreciated than they might have liked.

A documentary is a strange animal, seemingly a harder sell than a scripted movie for viewers who are not previously invested in the subject matter. The enthusiasm of The Sparks Brothers is contagious and more than up to the challenge of entertaining old fans and winning over new. This is a film crafted with the greatest affection, but for everyone, not just for those who already share that affection. There's also a generosity not often found in today's "gatekeeping" fandoms. These people love Sparks, and they want you to love Sparks too, even if you've only just heard of them or only know one song. If the story of Sparks sometimes seems too strange to be true, this telling is simply magical from start to finish.

The Sparks Brothers runs a delightful 140 minutes and is rated R for language.

The Sparks Brothers is now playing in cinemas (somewhere) and via streaming services worldwide.

Of a possible nine Weasleys, the Sparks Brothers gets all nine. 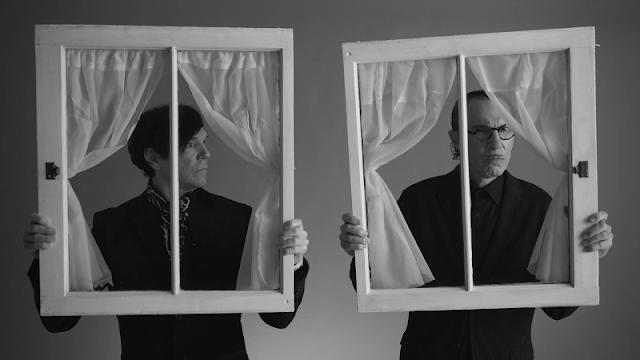