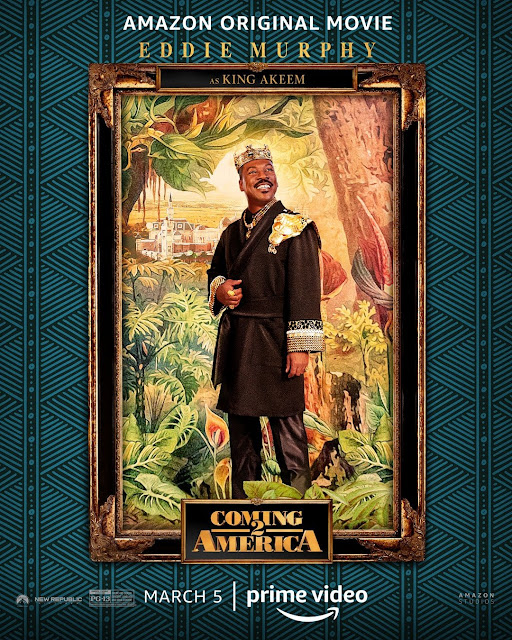 Set in the lush and royal country of Zamunda, newly-crowned King Akeem (Eddie Murphy) and his trusted confidante Semmi (Arsenio Hall) embark on an all-new hilarious adventure that has them traversing the globe from their great African nation to the borough of - where it all began.

Coming 2 feels like many of recent unnecessary sequels to beloved classics in that it offers fun bits of nostalgia but never reaches the level of the original.  Craig Brewer’s film fits some familiar beats which will leave fans of the original happy but some maybe surprised to find that much of the film takes place in Zamunda and the story’s mainly focused on Jermaine Fowler’s character.  The story flips the script of the original by making the Folwer the outsider; it’s a decent if uninspired take.  Folwer is capable enough but he’s hardly on the same comedic talent level of Eddie Murphy or Arsenio Hall.  The latter do have plenty of chances to shine and they make great use of their screen time in revisiting their classic characters.  The supporting cast is filled with familiar faces with Wesley Snipes clearly having a ball playing General Izzi.  Ultimately, Coming 2 America is a fun little bit of comedic comfort food even if it’ll never touch the originals quality.