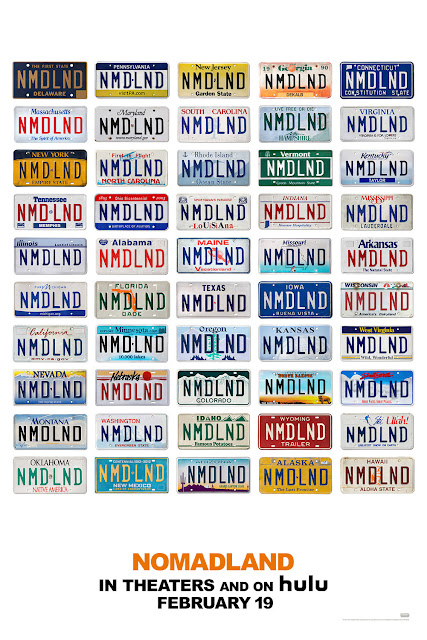 A woman embarks on a journey through the American West after losing everything during the recession.

Rated R for some full nudity.

Chloé Zhao’s Nomadland is a dreamlike portrait of grief and self realization.  Her film is methodically paced travelogue through the country through the eyes of a forgotten population.  At the center of the entire film is Frances McDormand who delivers an understated multilayered performance that anchors the film.  McDormand’s ability to channel an authentic everywoman is on par with Tom Hanks.  It’s a talent that fits this role perfectly and she delivers one of the most authentic and grounded performances of her career.  She emotes an immense amount of emotional information with gestures or looks with the script keeping dialogue at a minimum.  The supporting cast is a mixture of non actors and familiar character actors like David Strathairn.  Strathairn is equally understated as the love interest in the thickest story thread in the film.  McDormand’s work with non actors Linda May, Swankie and Bob Wells feels improvised giving portions of the film an almost documentary feel.  The story introspective journey is deeply personal but universal at the same time which gives the film its emotional impact.