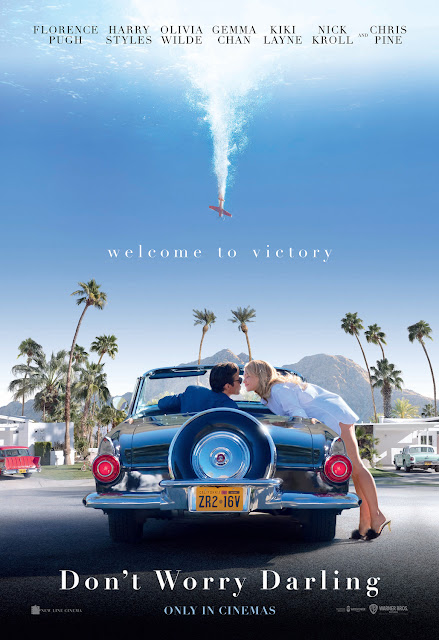 My dear reader(s), this week I was able to catch up with one of the year's most talked-about movies, Don't Worry Darling.

A woman begins to suspect her perfect community is not all it seems.

Don't Worry Darling is a passable thriller victimized by a disastrous publicity campaign. The story is nothing very new or surprising, but the movie maintains tension well enough and is blessed with an eminently watchable cast, led by the always stellar Florence Pugh. Of course, It's Harry Styles who drew me to the film (not usually the sort of thing that would interest me) and yet again I'll give him credit for being good enough that I wasn't thinking of him as Harry Styles (TM) while watching. (To qualify this achievement: I'm *always* thinking of Harry Styles.) The rest of the supporting cast - featuring Gemma Chan, Nick Kroll, Kiki Layne, and director Olivia Wilde - is solid, with special mention to Chris Pine, who plays sinister exceedingly well for such a benignly handsome dude. Don't Worry Darling keeps a nice place, is creepy throughout (though not always in the way it means to be), and features a terrific soundtrack filled with some great oldies. If the last act feels a bit contrived, for the most part it's still an enjoyable but forgettable thriller.

Don't Worry Darling clocks in at 123 minutes and is rated R for "sexuality, violent content, and language."

Don't Worry Darling is now playing on the HBO family of channels, and streaming on HBO Max. 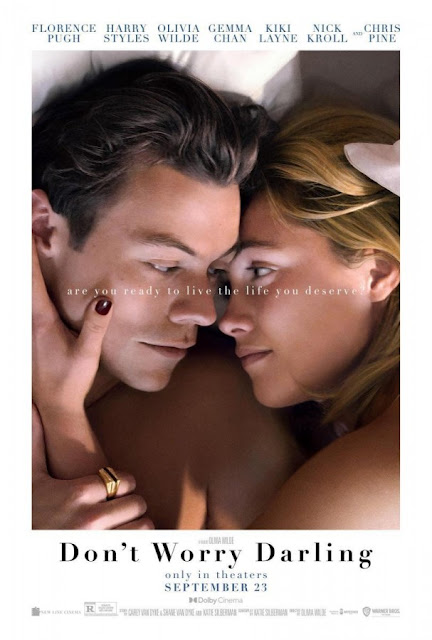