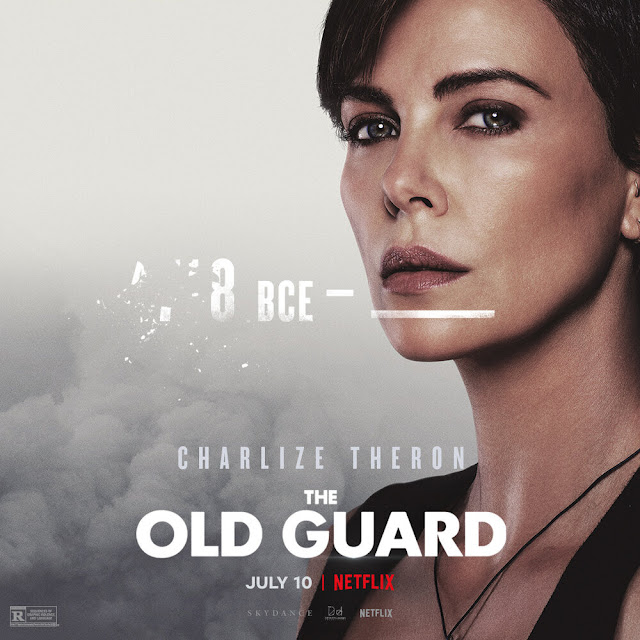 With local cinemas still struggling to get by on a diet of classics and films whose theatrical releases were interrupted by Covid_19, this week I again threw myself on the mercy of streaming services. I really wanted to watch the Tom Hanks movie, but I don't have Apple+ and I *do* have Netflix, so...the Old Guard it was.

Spoiler level here will be moderate, likely nothing a trailer wouldn’t have revealed if you saw one, which I did not.

A team of immortal mercenaries struggles to keep its existence secret while unexpectedly finding another of their kind.

I have to admit, dear reader(s), that the Old Guard couldn't quite hold my attention for its duration, though, in fairness, little does these days. The world as it stands is difficult to keep at bay, and it's tough to avoid distractions and interruptions outside the cinema. That aside, the movie does try a bit too hard at times, and some of the dialogue is awkwardly written or awkwardly delivered, or maybe both. It probably could have used at least a small trim as well.

Despite those few small quibbles, the Old Guard gets it mostly right. Characters who have lived for hundreds of years have volumes of backstory, and the movie provides enough, but never bogs down with explaining itself. Its action is well spaced and well paced, and the fight choreography is really good. Characters and those portraying them, faces familiar and not, are engaging; there isn't one of the principals I didn't want to learn more about. Charlize Theron is fantastic, as always, in the lead, and the supporting cast is pitch perfect, too. The Old Guard is beautifully diverse, but never for the sake of it. Everything feels organic; the movie doesn't beat its audience over the head to make a point. The story winds to a nice finish, but definitely leaves plenty of room for prequels or sequels if the demand is there.

The Old Guard clocks in at 125 minutes, and is rated R for "sequences of graphic violence and language."

The Old Guard is a smart, solid action flick that wouldn't have felt out of place in a normal summer of blockbuster superhero fare.

Of a possible nine Weasleys, the Old Guard gets seven and a half. Until next time... 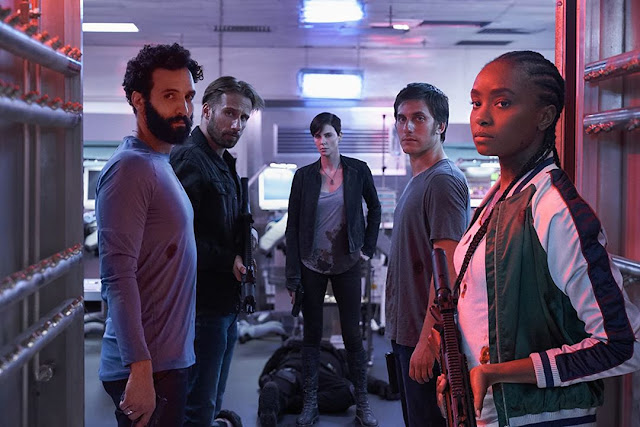