Cindy Prascik's Review of My Spy 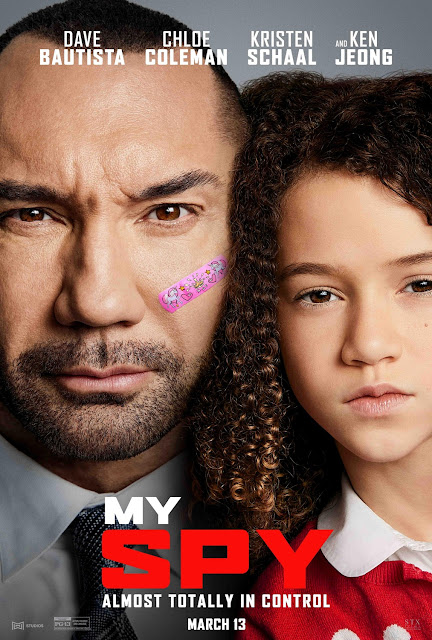 With reopened cinemas having nothing new to show for their trouble, this weekend I again relied on the kindness of streaming for something to watch and write about.

On the docket, the family comedy My Spy. Desperate times and all.

Already on thin ice over a botched mission, a government agent becomes entangled with the family he's meant to be observing.

My dear reader(s), way back when we had new movies in cinemas and a person sitting directly behind me could happily spit popcorn into my hair for a couple hours, trailers for My Spy ran before pretty much everything I saw. It's the kind of dopey comedy I'd never spend money to see at a cinema (unless Gary Oldman were in it), but that I will unashamedly enjoy the minute it crosses my path for free. I may be damning with faint praise when I say this movie did not disappoint.

My Spy leans heavily on the likability of its cast. The adorable Chloe Coleman steals the show from her adult costars, while Dave Bautista's talents aren't stretched too much as the not-as-dumb-as-he-looks titular spy. Parisa Fitz-Henley, Ken Jeong, and Kristen Schaal nicely round out the principals. Action sequences are fun and mild enough for younger viewers, and the humor is cute and obvious, nothing too off-color. It's the sort of predictable picture that will never set the world on fire, but it's perfect for when you just want to be entertained and not challenged. (There's that faint praise again!)

My Spy runs a quick 99 minutes and is rated PG13 for "action/violence and language."

There's nothing clever or cutting edge about My Spy, but when the world's as terrifying as it is right now, its brand of benign escapism may be just what the doctor ordered.

Of a possible nine Weasleys, My Spy gets six. 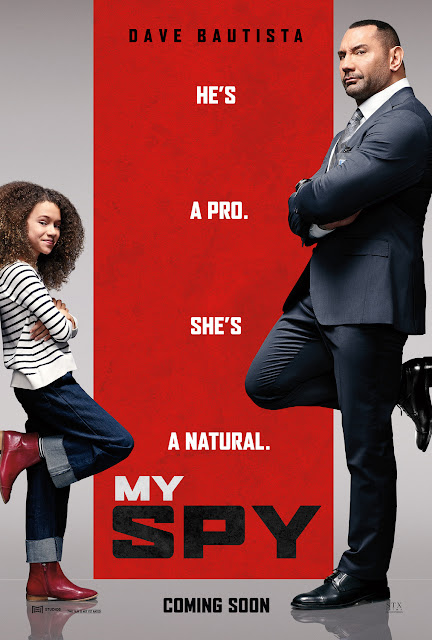