Cindy Prascik's Review of The Boys In The Band 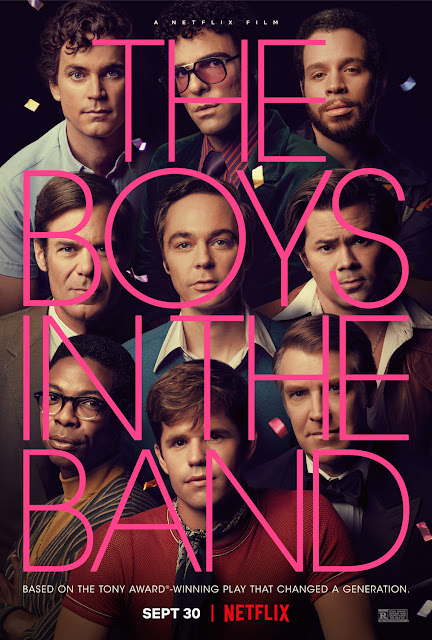 Dear reader(s): Last weekend offered no real excuse for getting out to the cinema, but fortunately my friendly neighborhood streaming services had me covered. On my agenda: The Boys in the Band.

Spoiler level here will be mild, nothing you wouldn't know from the trailer.

Netflix' the Boys in the Band is a remake of the 1970 film of the same name. Anyone who watches this space regularly won't waste time wondering whether I bothered to revisit the original before opining on its successor; of course I did not. This updated rendering features the company of the Tony Award-winning 2018 revival of the off-Broadway groundbreaker from 1968.

The Boys in the Band takes place in a time when homosexuality was still outlawed, and even dancing or socializing with a partner of the same sex could get a person thrown in jail. The whole thing should feel very dangerous, but, sadly, this telling is mostly missing the feel of another era. Excepting Zachary Quinto's unfortunate hairstyle, the movie feels more like a modern story with characters who are into retro fashion, which leaves the film with less edge than it could have had. Jim Parsons enjoys the most screen time, but his is an unsympathetic take on an abrasive character. Also on the character note (back to the actors later), the question I kept asking myself was: "Why do these people even hang out together?" Their disdain for one another is obvious, and it only becomes more so the more they drink. The underlying theme of self-loathing is critical to the story, but most of these people seem to hate each other more than they hate themselves. A few characters ultimately prove decent and aware enough to start trying to repair the damage, but - given the things that are said and done throughout - it feels like too little, too late. There's an nasty awkwardness to the whole that makes it a difficult watch, BUT...

Difficult or not, the Boys in the Band is definitely a worthwhile watch, for a number of reasons. The cast is so good I'd be hard-pressed to pick a standout. Zachary Quinto is an obvious choice, but Robin de Jesus is also terrific, and on- and off-screen couple Andrew Rannells and Tuc Watkins are heart-wrenching. The extraordinary Matt Bomer is a bit underused. Understandable, since his character doesn't feed into any of the major conflicts, but disappointing because featuring him more prominently might have made the whole an easier watch. (And not just because Matt Bomer is quite easy to watch, if ya know what I mean.) For whatever reason, we humans tend to be fascinated by others' trials, and here there is an aspect of watching something awful unfold without risk of being dragged into it personally...rather like reading all 500 comments in a Facebook argument among people you don't know! Finally, while the impact of this play in the late 1960s must have been monumental, it continues to carry a feeling of immense release and freedom. Seeing a story that reflects your own - warts and all - is an all too uncommon experience for many. I'm reminded of a moment when the the National Tour of Rent stopped in my city a few years back. As the theatre emptied out after the show, two people stood at the front for the longest time, crying and hugging each other, so deeply moved they were oblivious to anything around them. Long before Rent, the Boys in the Band would have been the first time many folks had seen someone like themselves on page, stage, or screen, and that emotion runs through even its bitchiest moments.

The Boys in the Band runs 121 minutes and is rated R for "sexual content, language, some graphic nudity, and drug use."

The Boys in the Band is now streaming on Netflix. 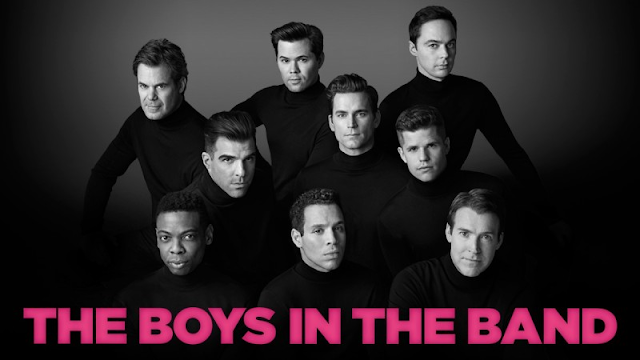